​Fascinated with music from a very early age, she decides to take piano lessons when she is 6 years old. Four years later she takes part in the piano competition of the London Royal Academy of Music, where she wins the first prize with distinction. In 2005 she obtains her piano degree with honours from the National Conservatory of Athens and then she completes her Law studies. Soon after she moves to Paris to  continue higher studies in classical music at the École Normale de Musique de Paris, whilst also studying music composition. She took Masterclass with Hans Zimmer, Danny Elfman and Ibrahim Maalouf (film scoring, music for film), with Timbaland (production and beatmaking), with Usher (the art of performance), with Armin Van Buuren (dance music) and with Deadmau5 (electronic music production).

​She presents her music, with an emphasis on the musical pieces from her five very successful albums “Renaissance” (2022), “In My Dream” (2020), “Silence” (2017),  “27 Mars” (2015), “Passion” (2013) and her three singles “Nostalgia” (2018),      “When She’s There” (2019) and “Expectations” (2019)  in live concerts, accompanied on stage by her music ensemble (violin, cello, flute, bass clarinet and singers whilst Maria performs on piano and synthesizer) or she performs solo on piano/keyboard, with electronic melodies and rythms. All her concerts to date were sold out with a public of all ages that remains enchanted by her astonishing dexterity and the feelings generated by the musicality of her works.

She has written music for the cinema in France and for performances in Usa.

​Three of her musical pieces : “Pensées”, “Nostalgia” and “Don’t Stop Dreaming” got to the Neoclassical Collection 2018, 2020 and 2021, between Philipp Glass, Ludovico Einaudi, Phil Collins, etc. as well as the “Nous Deux” that got to the Instrumental Classica Collection 2018.

​In 2020, she has been nominated for best original score (music) and sound design of the serial “Seltsam” (season 2) to the festival Die Seriale in Germany.

​In 2017, the Festival of Cinema in Paris has invited her as member of the jury. 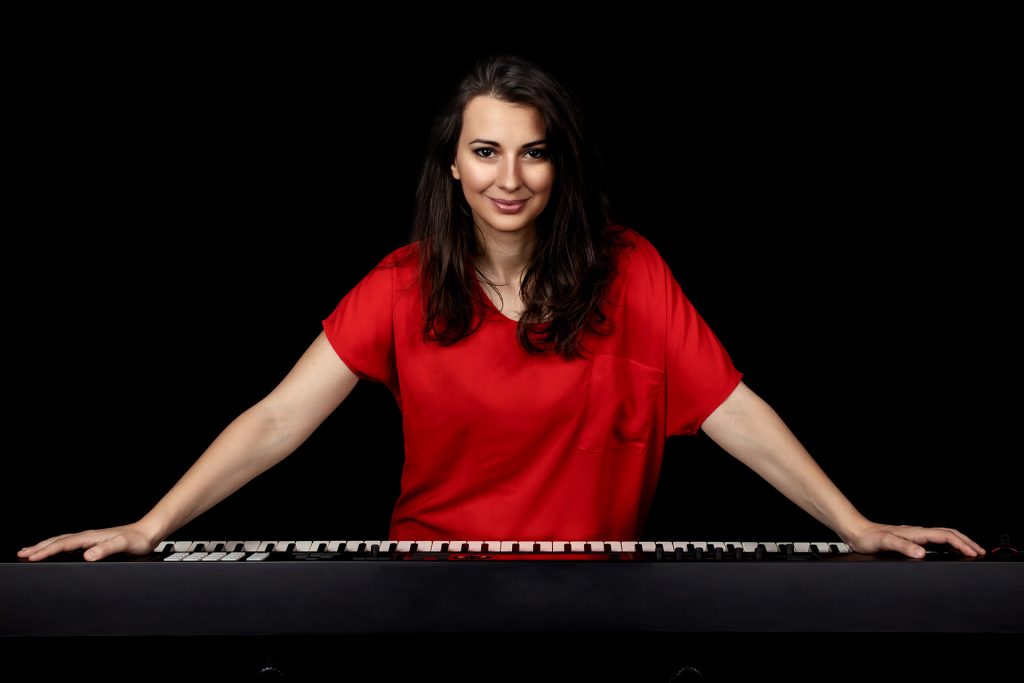