She is the creator of the GENERATION PLAN. Establishment of treatment regimens based on age categories.

Analyzing the historical peculiarities in the eating habits, the culture in the personal care, the beauty standards, the environmental pollution as it evolved over decades but also analyzing the requirement of every age category, today.

Her scientific activity is mainly characterized by innovative Anti-Age protocols for the face and body.

As a Doctor she has undertaken many Make Overs presenting admirable results.

She has been distinguished for her scientific activity by the International Center in Aesthetic Medicine – Gr.Britain.

At the Medical Beauty Awards 2021 she was awarded with Gold Award-Best National Dermatology and Silver Award at the Best Dermatological Clinic.

She is a graduate of Pierce College American College.

Graduate of the Medical School of the Kapodistrian University of Athens. Doctorate (2018) She has given many interviews to magazines and television channels. Ant1, Star, SKAI, Open.

Dr. Alkistis Prinou is Vice President of the Board of Directors of the Charitable Organization LifeLine Hellas, which deals with the provision of medical equipment to Children’s Hospitals and the support of child care institutions. She is an active member of the Panhellenic Women’s Association “Kallipateira”. The only purely Women’s Sports Club that promotes women’s sports.

She is married to plastic surgeon Zisis Boukouvalas and is the mother of three children. Her belief that age is just a number! 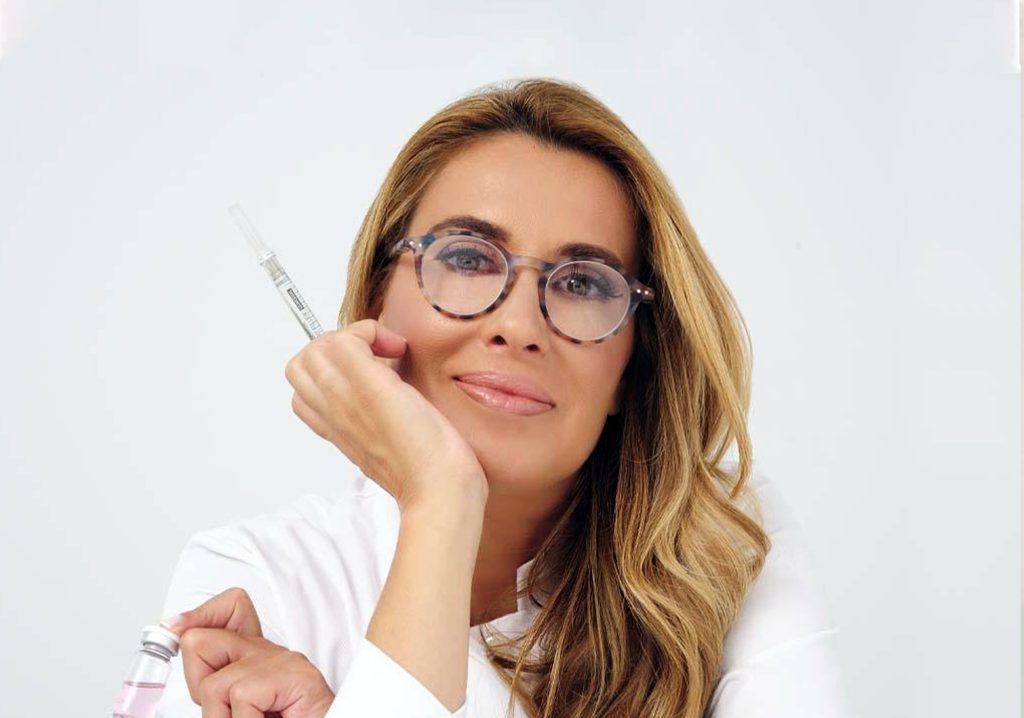