At the age of fourteen and while holding her in her arms, her grandmother fell into a pan with very hot oil that fried traditional pancakes for Father’s Day. Her life and vision were miraculously saved. The burn was very serious in extent and depth and her face worsened when, in a panic, as soon as they pulled her out of her pan, water was thrown on her still burning skin.

In elementary school, Golgotha ​​started for the girl with the burnt face because the children made fun of her for her image and the adults, wherever they were seing her, made faces of disgust and said that her life had been ruined because they believed that no one would be able to love her or that he could never manage to live a normal life. She had very difficult times with derogatory comments that pointedand called her a monster.

But Dionysia, despite what was happening, had love inside her and she wondered why someone did not love the other and wanted to hurt him either with words or deeds. She had a great soul power and with the love of her family she managed to keep her soul immaculate and to continue to live, to rejoice, to love her brothers and friends and to forgive those who hurt her.

Growing up with Mother Teresa as her role model, at the age of fifteen she decided that one day she would travel to Africa to help people in need in any way she could. She also was writting from the age of fifteen with the dream of one day becoming a writer.

At the age of eighteen she studied accounting at the School of Management and Economics of the TEI of Patras. After graduating, she returned to the island, working for a local radio station as a newscaster and producer of a morning entertainment show.

At twenty-five, she decided it was time to travel to Africa as a volunteer. She was lucky enough to find a program of the European Union and the Ministry of Foreign Affairs of Greece and after an interview, she was selected as the person in charge of development program in the jungle of Cameroon in Africa for a public benefit project.

In the year and a half that he stayed in Africa, after many difficult and dangerous situations that prevailed in the Jungle of Africa, she managed to complete with absolute success, the development program she had undertaken and to help build a school for the children of the village. Through this life experience she learned a lot about the power of man to break his supposed boundaries to achieve what he has set and to offer the best he has in him for the betterment of our world.

When she returned to her island she worked as an accountant and accounting teacher. But her biggest dream was to become a writer, and one day to publish books that would inspire and help children, who suffered like her, to gain strength and live a happy life, to realize their deepest dreams. She also dreamed that adults would shout the essence of life, become happy so that they could teach children to love, trust themselves and sympathize with their fellow human beings. Driven by this deep desire, she stopped working as an accountant and decided to try to make her dream come true.

She started writing in order to publish her books. Twenty years later, she had not yet been able to find a publishing house to agree to publish her book. After many disappointments and tired from the long struggle she wanted to convince herself to give them up because she was tired and could no longer bear the rejection.

At that moment, her brother Dimitris Therianos, moved by her struggle that he lived through from when he was a little child, driven by his belief that the book was worthwhile and had to reach the people, decided to become the publisher of her first book ” Learning to throw the kiss of the spirit “.

Dionysia noways lives happily, is engaged in writing, painting – she painted the cover of her book – has made her dream come true, has learned a lot about the power of the soul, life, people, and passes this knowledge to the”the kiss of the spirit” which is an original book combining the novel philosophy, the fairy tale and is based on real events.

She also works in pottery, speaks English, French, Italian and works on her family’s agritourism farm. 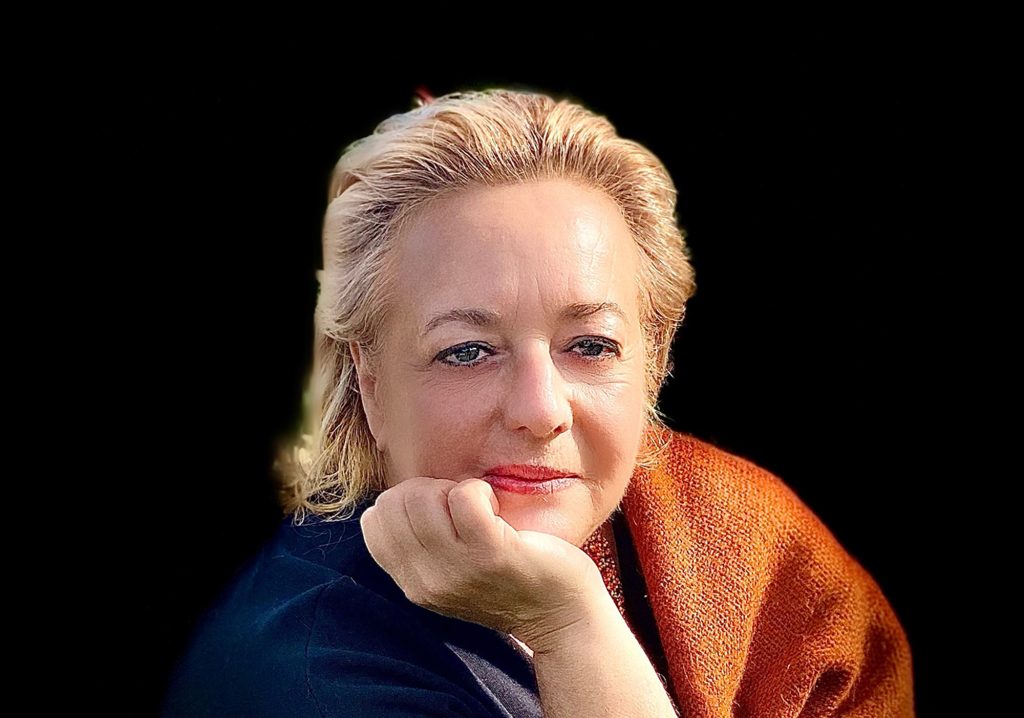